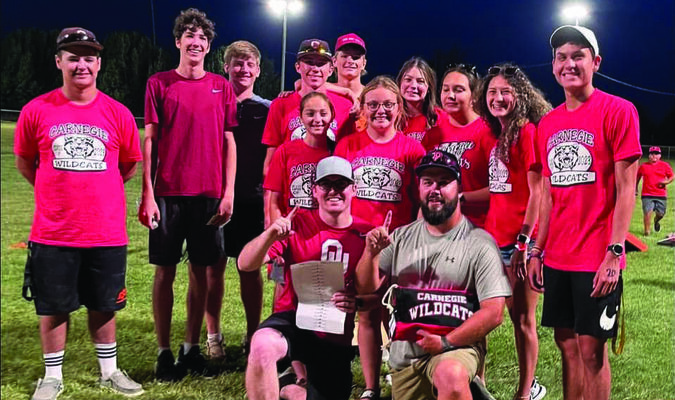 Jake Kinder and Chaz Hurt claimed the title of Carnegie Cornhole Tournament champions this past weekend during an event staged by the Carnegie High School Class of 2023. Kinder and Hurt donated their winnings back to the class and, in return, received a custom-printed set of Carnegie Wildcat beanbags. Bryson Longhat and Jagger Worley placed second in the final standings, while Madison Riddle and Isabel Bush captured third.