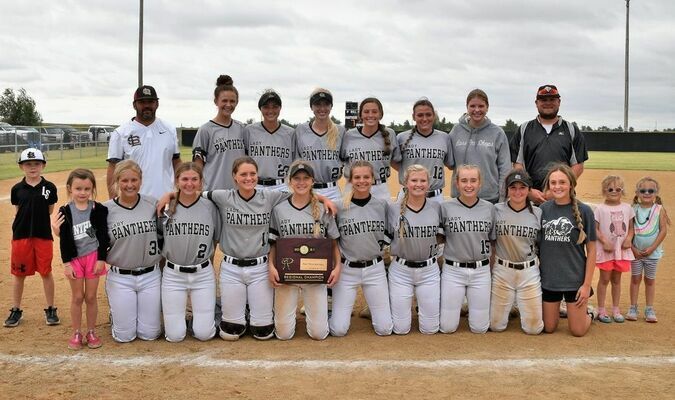 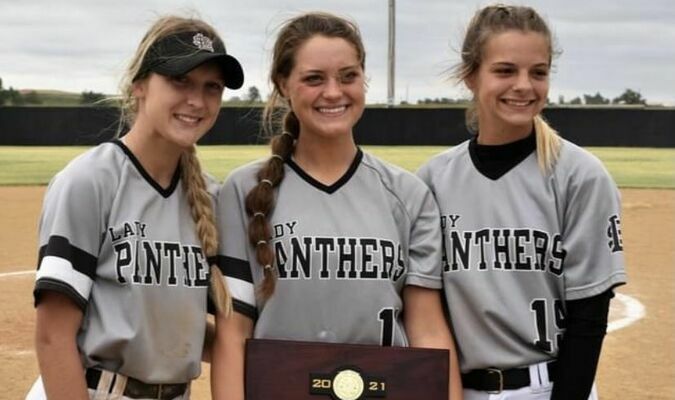 The Lookeba-Sickles Lady Panthers nailed down a berth in fast-pitch softball’s version of the Promised Land this past weekend with a dominating effort in the Region 4 softball tournament. Playing in front of their home fans, the L-S girls reeled off three straight wins and earned a trip to the Class B state tournament.

Just how good were the Lady Panthers? Consider this, en route to winning the regional championship, the Lookeba-Sickles outscored its three opponents by a 44-1 margin, including a 7-0 win over Shidler in the regional finals.

With the win over Shidler, Lookeba-Sickles improved to 28-11 for the season and, more importantly, earned the right to face Hammon in the quarterfinals of the 8-team state tournament on Thursday in Oklahoma City. The game is scheduled to begin at 6:30 p.m.

The Lady Panthers kicked off the Region 4 tournament with a bang – and more than a few hits. Lookeba-Sickles pounded out 23 hits in their 25-0 rout of Cimarron in the first round of the two-day tournament. Abygale Mashanay, Alli Harvey and Cadence Winshester all posted big hits in a 13-run third-inning barrage that blew the game open.

Harvey, who went 4-for-5 from the plate, drove home a run in the third with a double. Mashanay, who also netted four hits in the win, notched a run-scoring triple, while Winshester clubbed a home run. Kenzli Locke, Stormi Pitchford and Mallori Brown also had run-scoring hits in the frame. Kamden Stocking and Maggi Mashanay also contributed to the win by posting two hits apiece.

Abygale Mashanay picked up the win by hurling a complete shutout against Cimarron.

The win over Cimarron sent the Lady Panthers into the semifinals to face Asher.

Sparked by a dominating pitching performance by Locke, Lookeba-Sickles made easy work of Asher. The L-S girls collected 11 hits and cruised to a 12-1 decision.

Locke stymied Asher throughout the affair. She allowed just one hit through four innings of work, while fanning seven of the 12 batters she faced.

Brown gave Lookeba-Sickles all the run support it would need in the first. She plated two runs with a clutch single.

Kaylah Alves all but sealed the win in the second when she smashed a home run.

Winshester also turned in a solid day at the plate against Asher, going 3-for-3 with a pair of stolen bases.

The Lady Panthers finished off the regional tournament on Thursday with a 7-0 shutout of Shidler in the finals. Lookeba-Sickles scored four runs in the fourth inning to break open a tight 3-0 lead.

Locke keyed the L-S attack by cranking out three hits. Abygale Mashanay and Pitchford both registered run-scoring hits in the fourth.