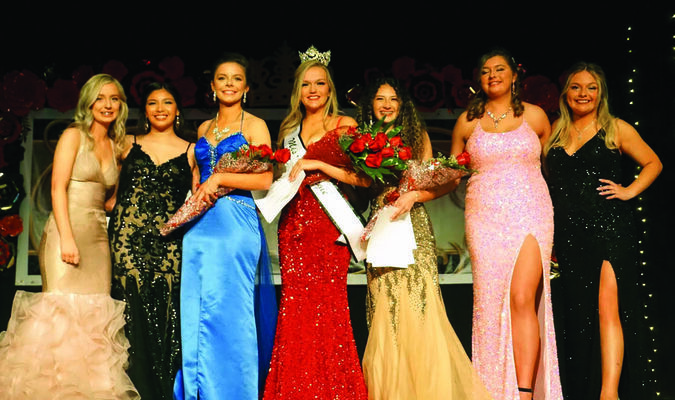 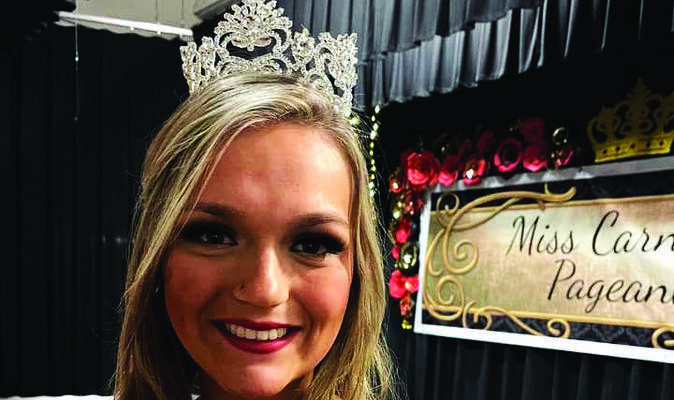 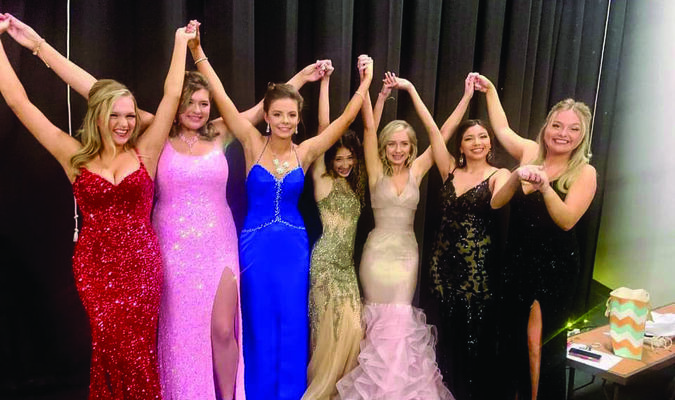 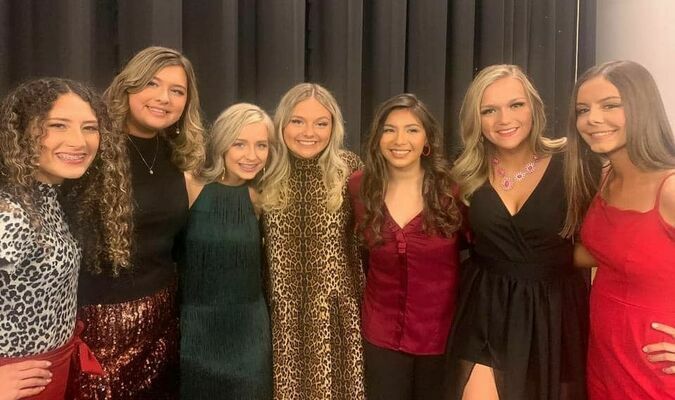 Over 300 guests enjoyed the Miss Carnegie Pageant this past Saturday as seven young ladies competed for higher-education scholarships and the coveted crown.

Each contestant showed off their skills in the areas of a 10-minute interview, athleticism, talent, evening wear, and self-expression. Talents shared included monologue, Kiowa sign-language, singing, instrument playing, and even archery.

Grace Clark, contestant No. 6, won the hearts of the audience and received the Crowd-Pleaser Award, as well as a $50 scholarship, with her piano piece and singing of “Rainbows.”

Horn finished as the second runner-up, which earned her a $250 scholarship.

Bush was the first runner-up, which earned her a $500 scholarship.

Hodges was also crowned the 2021 Miss Carnegie and earned a $1,000 scholarship.

Overall, each contestant received a $100 scholarship due to the overwhelming outpouring of love and support from our audience members in Crowd-Pleaser donations.

The Miss Carnegie Pageant Board wishes to thank its many sponsors and hard-working volunteers that helped make the evening a success. Special thanks to Carnegie Public Schools for the use of their facilities.