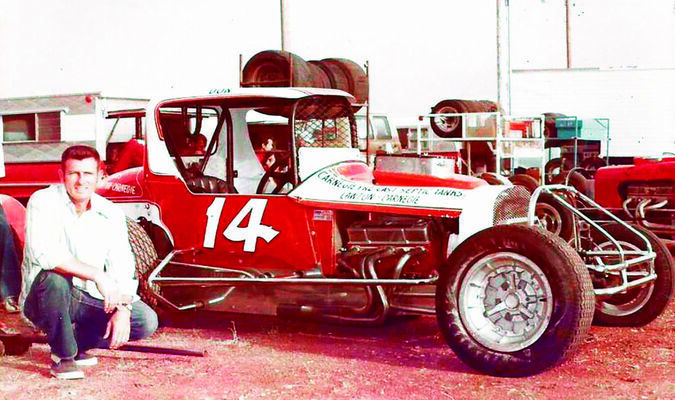 Half of Carnegie's famous Hill brothers racing tandem got the word they had been hoping to hear recently.

Don Hill, who formed half of Caddo County's famous brothers team, was voted into the Texhoma Racers Hall of Fame during a special ceremony held in Wichita Falls in October. Don Hill, along with his brother, former Carnegie doctor James "Doc" Hill, raced for decades on tracks in Oklahoma and Texas.

"This is a great honor for Don and his racing family," said Max Yearwood of Eakly. "Congratulations should go out to the family of Don Hill."

Hill was voted into the Texhoma Racers Hall of Fame in the posthumous category. His family will receive the Hall of Fame award during the 2022 Induction Ceremony in the fall of 2022.

Don and Jim were both on this year’s ballot as candidates for Induction into the Texhoma Racer’s Hall of Fame, which honors drivers, crew members and other individuals who have contributed to the sport of dirt track racing locally, statewide and regionally.

Don was part of a group of local racers men who traced their beginnings to Anadarko's historic County Fairgrounds in the 1960s. At one time, the roster of drivers from Anadarko, Carnegie, Fort Cobb, Binger and other area locations provided excitement for fans near and far on a weekly basis.

From his start in Anadarko, Don transitioned to competing at the Lawton Speedway where he and Jim were among a large group of drivers that produced numerous championships. He also appeared, at other races throughout the state, including the former Southwest Raceway, which was operated by Charles Swanda a few miles south of Carnegie for a time.

According to Yearwood, there were 91 voters participating in this year's induction ceremony Jim Hill, by narrowly missing the numbers needed this year, will be recalled next year as a candidate for the TRHOF.

"This is an exclusive group of racers, mechanics, and related folks who played an important part in dirt track racing history," Yearwood said.