When The Micros Were Mighty 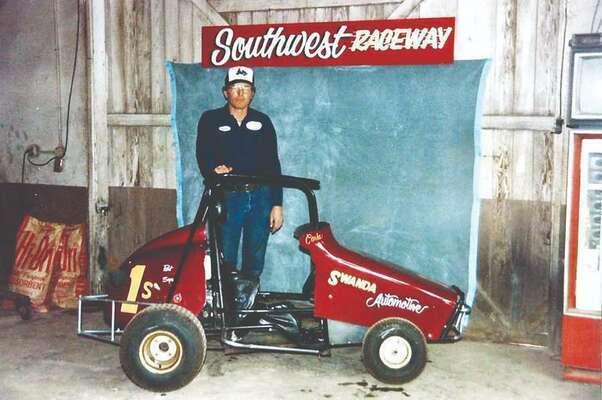 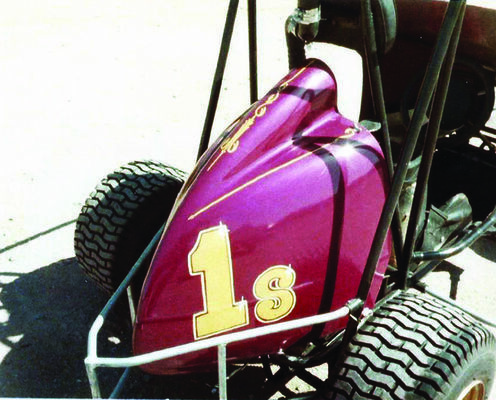 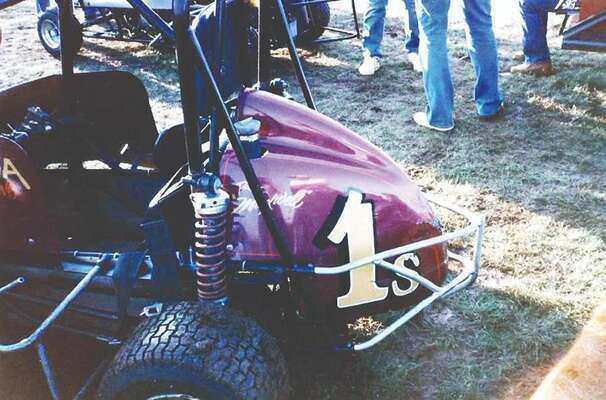 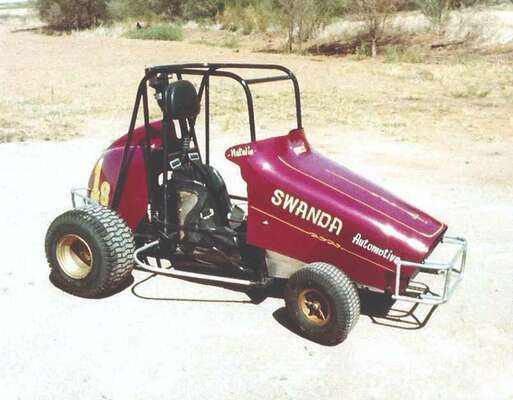 Back in the 1980s, the need for speed and racing competition became the driving force behind a dream for a venue in Caddo County to do that very thing.

And it was a beautiful dream come true. And, for a while, made the area Ground Zero for an emerging new sport.

Charles (C.E. to his friends) Swanda joined several others in creating a scaled-down version of dirt track Sprint cars, affectionately known as Micros.

The first versions of the cars were based on the popular 8-horsepower Dingo go-karts with roll cages and fiberglass bodies attached. With the dream of expanding the Micro racing circuit, Swanda used his imagination - and the family farm - to build Southwest Raceway south of Carnegie. He designed the dirt track venue to fit the miniature race cars.

Located four miles south and west of Carnegie, the car count and competitors at Swanda’s Southwest Raceway grew until entries and fans were coming from all over parts of the state. The Little Track on the Prairie not only provided a place to race, but many who came, brought their families in their campers and motor homes and stayed weekends to give them a place to roam and play free from the bustle of the big towns.

Southwest Raceway was a family affair for Swanda. He and his late wide, Carla, operated the venue through the late 1980s. Carla, who retired as the head cook from the Carnegie school district, ran the concessions at the track, as well as made all of the flags.

Among the familiar faces at the raceway were Carnegie's Dr. Jim Hill and his brother, Don. Don Hill was recently inducted into the Texhoma Racer's Hall of Fame. Jim, a longtime local physician missed being inducted in October by a mere six votes.

As with most all competitive sports, the desire to go faster saw many of the region's racers evolve into bigger and more powerful versions of the micros. That desire led to the creation of what is now known as Mini-Sprints with larger motorcycle engines up to 1000 cc.

The success of Swanda’s track played a role in its own demise. With the sport growing, competitors in other locations soon followed Swanda's dream and tracks sprang up closer to home. Southwest Raceway, where it all started, soon faded into the history pages. That is, except for the dreams and memories.

For a short period in time, Swanda's Southwest Raceway was the place to be on any Friday night on the plains of Oklahoma.

For many, the sounds of the engines and smell of burning racing fuel as the cars made their way around the oval surface are locked into their memories as much as the land runs of the 1800s.